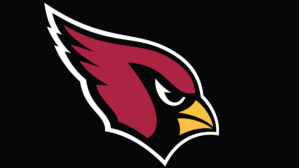 A year on from selecting a QB in the 1st round, the Cardinals did it again, this time selecting the athletically gifted which is Kyler Murray, who should at the very least provide the offensive line with some much needed mobility. He rushed for 12 touchdowns in 14 games at Oklahoma, so it will be interesting to see what odds the bookies release when their week 1 matchup against the Lions. Any odds over 4.0 (3/1) and I might it persuaded to jump on.

Now, David Johnson did not get bad overnight, last season he was facing stacked boxes, behind a offensive line that couldn’t move anyone. That being said he still managed to find the end-zone 10 times in 16 starts. I expect to see a big bounce back season from Johnson, behind a newly revamped offensive line with the additions of J.R. Sweezy and Max Garcia. Going into his 5th season, Johnson has scored 42 times in 49 starts, so offers significant value going into a lot of matchups.

The biggest improvement on the offense has come at tight-end, with both Charles Clay and Maxx Williams making their way to the desert, which should give Murray a nice security blanket, and will also give the Cardinals decent run/pass options from 2 tight-end sets. Clay has scored 23 times in 112 games, but was used sparingly last season with the Josh Allen reluctant to look his way. Williams is an interesting pickup, he got lost in the plethora of tight-ends in Baltimore, and struggled to get a look in after missing the entire 2016 campaign. I may wait a few weeks before placing any bets on either newcomer, as I’d like to see how the snap count plays out.

They also took care of their wide receiving corp in the draft with Andy Isabella, Hakeem Butler and KeeSean Johnson, all of whom should find decent sized roles in the offense behind one Larry Fitzgerald and second year man Christian Kirk. As with betting on any rookie I’ll wait until at least half way through the season, once they have an established role in the offence. Fitzy has scored a touchdown every other game throughout his career, but his red-zone productivity has slowed so what in the last 5 seasons, without a steady QB and a switch to the slot. That being said I believe he will be undervalued going into the season with another rookie signal caller under centre. Kirk had a decent rookie campaign before injury, and will be a 2nd year man to look out for.

As with most unknown commodities, they offer great value, I fully expect the Cardinals to make vast improvements from last season, and with Kyler Murray in the offense, they should be able to put more points on the board.