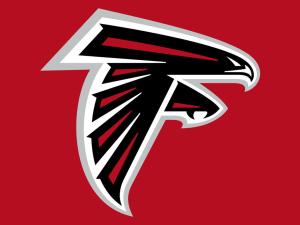 Coming off a mediocre 7-9 season, the Falcons will look to once again get atop the NFC South, as they know the window of opportunity for Matt Ryan is closing. Matty Ice is coming off one of his best seasons, with a QB rating of 108.1, the second best in his 11 year career. I’d be hesitant to say that Ryan offers no real value when it comes to a touchdown scorer selection, however, he did score a career high 3 rushing touchdowns.

With the departure of Tevin Coleman to the 49ers, Freeman will see the majority of the work, with Ito Smith nipping at his heels. Now heading into his 6th season, he has found the end-zone 37 times in 63 games, so I expect him to have some decent value heading into the season. The only issue might be the new right side of the offensive line with 1st round picks Chris Lindstrom and Kaleb McGary both pencilled to start.

The Falcons boost one of the best groups of wide-outs in the NFL, lead by the sensational Julio Jones who turned a bit of a corner last season in scoring 8 touchdowns, the second highest total in his illustrious career. The real superstar last season, at least in a touchdown perspective was rookie Calvin Ridley who’s odds for the majority of the season was around 3/1. Mohamed Sanu has been solid for the Falcons in his 3 seasons, but doesn’t tend to find the end-zone with any regularity.

Austin Hooper is the only mentionable player at tight-end, making his first pro-bowl last season he has seen an expanded role in the offence, being targeted 88 times, hauling in 71 receptions. He finds the end-zone at a similar rate to Mohamed Sanu, so you have to be very selective when choosing to place any money on the Stanford product.

For me, the Falcons are vastly underrated heading into the 2019/20 season. Deion Jones was a huge miss for their defence last year, so his return to full health should see their defence be in the top 10/15 in the NFL. Expect Atlanta to make a playoff push, with Jones and Ridley forming a formidable duo.