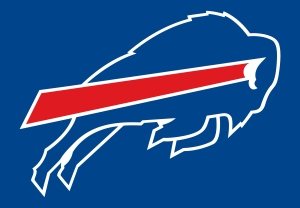 Now everyone is talking about the New York Jets improvement in the off-season, but for me the Bills are the team to look out for in the AFC East, with what should be a top 5/10 defence. A lot hinges on the rocket arm of second year signal caller Josh Allen, but with the additions of John Brown, Cole Beasley, Frank Gore, and rookie Devin Singletary, he should have more options heading into training camp.

Now speaking of Allen, the man who provided one our biggest winners last season, when he rumbled into the end-zone at a tasty 10/1. I’m very interested to see what Allen’s odds are heading into Week 1, when you consider he scored 8 times in 12 starts. If he see’s odds over 3/1 it will be hard to ignore.

As for the running backs, it was a very poor season for the usually reliable Shady McCoy, who ran for only 500 yards and 3 scores; he also now has the aforementioned Gore and Singletary in the backfield to contend with. I can’t see any of those guys offering much value this season unless one gets a handle of the goal-line work.

Zay Jones quietly hauled in 7 scores last season, but keeping that pace up may be difficult with speedster John Brown coming across from the Ravens to haul in those Josh Allen deep balls. Both guys could hit a minimum of 5 touchdowns before the season is over, so look out for those odds over 4/1. Whilst Beasley is a good addition at slot receiver, he is rarely a threat in the end-zone.

With Charles Clay heading to the Dolphins, the tight-end spot is pretty much up for grabs between ex-Bengal Tyler Kroft, and rookie Dawson Knox. The Bills like to use tight-ends in goal-line situations so look for either guy to offer some under the radar value.

When all is said and done the Bills are an intriguing prospect going into the season, with touchdown value all over the place, and will certainly be a team that I will be paying close attention to.