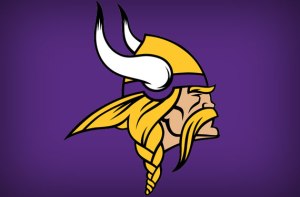 I’m not sure how many more seasons we can keep saying that the Vikings look like they’re ready to make a real push for the Superbowl. Purely just looking at their roster, they have all the pieces in place, with a solid if not spectacular quarterback in Kirk Cousins, a decent dual threat running-back in Dalvin Cook, and two upper level wide-outs in Adam Thielen and Stefon Diggs. They have also made improvements along the o-line, and with the defence not suffering any off-season loses they should once again be in the top 5/10 of the NFL. So what’s the catch, to be honest, I don’t know myself, maybe they just to execute on the biggest stage and stay injury free.

Now getting back to the touchdown scorers, Cousins actually had some sneaky value heading into last season, having scored 13 touchdowns over his previous 3 full seasons, however, they wasn’t the case in the Vikings offence with Latavius Murray getting a lot of goal-line work, which meant Cousins only rushed for one score. With Murray now plying his trade in New Orleans, Cousins may once again become anytime scorer relevant.

As I mentioned above, with Murray gone that leaves Dalvin Cook a whole lot of work to do, but he hasn’t exactly been a prolific touchdown scorer in his short (and injury riddled) career, only managing to find the end-zone 6 times in 15 starts. He will certainly have plenty of chances to boost that scoring rate this season with 3rd round draft pick Alexander Mattison behind him on the depth chart, meaning Cook may just fly under the bookies radar and have a fantastic statistical 2019/20 season.

Thielen and Diggs, are they best wide-receiver duo in the NFL right now? Looking at the stats you’d have to say yes, with both guys register over 1,000 yards and 9 scores last season, which meant both could have been anytime scorer darlings, especially early on the season. Their career scoring rates aren’t quite so flattering however with Thielen scoring 18 times in 48 games in which he has been a starter, and Cook logging 24 in 55 career starts. So I would proceed with caution as the new season gets underway as both guys will more than likely be priced very short by the bookmakers.

During the draft there was a lot of talk that Kyle Rudolph would in fact be traded, now that didn’t happen, but they Vikings did use a 2nd round pick on Irv Smith Jr, which may indicate a change in guard at the tight-end position. Rudolph is still only 29 years old, and has a healthy career touchdown rate of 36.6%, so unless Irv Smith Jr takes over from him inside the 20 yard line (which I doubt) any odds over 3.80 make hime very ‘backable’.