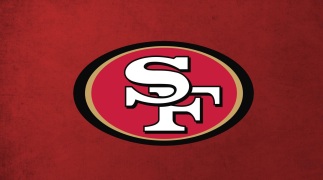 For one reason or another, quite a few NFL teams get vastly underrated heading into a new season, although I can’t help but the think that the 49ers are one of the few overrated teams. Yes, Jimmy G has looked solid, but he’s coming off major knee surgery, they have a lot of talented running backs, but I’m not sure how they are going to distribute the ball to all of them, and apart from George Kittle the receivers look pretty weak, especially in a division with the Rams and Seahawks. Dee Ford was a nice addition to an already strong defensive front, but the secondary still looks like their weak point, with questions surrounding just how much they paid Kwon Alexander in free agency.

Jimmy G has looked good when he’s been on the field, but he has to show the durability to last an entire season. He’s only rushed for one score in his career, but given that he’s only started 9 games for the 49ers it’s hard to judge his true touchdown value.

I have absolutely no clue what the backfield set-up is going to be for the 49ers this season. At the moment that have 3 guys who could wind up the starter in McKinnon, Coleman and Breida, not to mention Mostert and Wilson. The problem is none of these guys have been a true featured back, so I really couldn’t put my finger on any potential value. Coleman had a decent touchdown rate with the Falcons when Freeman went down, so he may be the guy to separate himself.

The receivers are also a bit of an unknown quantity. Marquise Goodwin had a decent 2017 season, and then regressed last season, although there was a great deal of mediocre quarterback play. Dante Pettis showed flashes as a rookie and is set to start opposite Goodwin, whilst Kendrick Bourne has come over from the Vikings. They also drafted Jalen Hurd and Deebo Samuel, who could both make an impression. It’s a group that could offer a lot of value when the season gets underway, or very little, it really depends how the bookies price this group up.

Given the aforementioned poor quarterback play it makes George Kittle’s record season even more impressive, although with only 5 scores last season you would like him to at least double those numbers with Garrapolo throwing him the ball. He will be massively overvalued in terms of the anytime td market going into the new season, and will be someone you may want to avoid.