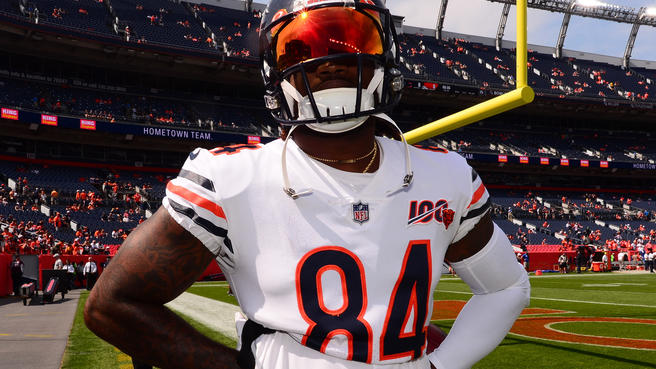 Game: Cleveland Browns @ Baltimore Ravens
Kick-Off: 18:00 GMT
Market: Anytime Touchdown Scorer
Selection: Odell Beckham Jr
Best Odds: 2.50 with Red Zone
Next Best: 2.45 with Unibet
Lowest Acceptable Odds: 2.10
Comments: ”The weakness of the Ravens defence is at corner, at with Tony Jefferson be more adept at run stopping than pass coverage it may leave OBJ in single coverage. Baker Mayfield is beginning to have some questions asked about his decision making, so a big game here should quiet some critics.”

Game: Los Angeles Chargers @ Miami Dolphins
Kick-Off: 18:00 GMT
Market: Anytime Touchdown Scorer
Selection: Melvin Gordon
Best Odds: 2.80 with Unibet
Next Best: 2.40 with Betfair
Lowest Acceptable Odds: 2.00
Comments: “This is a little similar to the AB selections a few weeks back. With Justin Jackson out injured that will mean Gordon will be thrust back into the line-up. He may not see a great deal of carries, but given his prolific scoring record he may take the place of Ekeler in goal-line situations, not to mention just how bad the Dolphins run defence is right now.”

Game: Tennessee Titans @ Atlanta Falcons
Kick-Off: 18:00 GMT
Market: Anytime Touchdown Scorer
Selection: Devonta Freeman
Best Odds: 2.20 with Several
Next Best: 2.10 with Several
Lowest Acceptable Odds: 2.05
Comments: “An extremely slow start to the season for Freeman, but he did have his best game last weekend against the Colts after being given 16 carries. The Falcons should be able to pass the ball down the field against the Titans, which should give Freeman plenty of scoring chances as he looks to get his season back on track.”

Game: Seattle Seahawks @ Arizona Cardinals
Kick-Off: 21:05 GMT
Market: Anytime Touchdown Scorer
Selection: David Johnson
Best Odds: 2.20 with Sky Bet
Next Best: 2.00 with Several
Lowest Acceptable Odds: 2.00
Comments: “The Cardinals offence has taken huge strides under Kliff Kingsbury, and with the Seahawks defence looking a little weaker than recent times this game should see more points than it has done over the past few seasons. Johnson is ‘the man’ for the Cardinals, and should get all the goal-line work.”

Game: Minnesota Vikings @ Chicago Bears
Kick-Off: 21:25 GMT
Market: Anytime Touchdown Scorer
Selection: Anthony Miller
Best Odds: 6.00 with Several
Next Best: 5.00 with Several
Lowest Acceptable Odds: 4.50
Comments: “After a decent rookie season, it’s been a tough start for Miller. However, with the injury to Taylor Gabriel, Miller should get more snaps and targets., especially with the Vikings looking to take Allen Robinson out of the offence.”

Game: Minnesota Vikings @ Chicago Bears
Kick-Off: 21:25 GMT
Market: Anytime Touchdown Scorer
Selection: Cordarrelle Patterson
Best Odds: 11.00 with Bet365
Next Best: 9.50 with Several
Lowest Acceptable Odds: 8.00
Comments: “Similar train of thought as above, with the Gabriel injury giving other guys more opportunities. You also have to remember than it was in fact the Vikings that drafted Patterson, and subsequently gave up on him. Will all know how much a player loves a revenge game.”

Other considerations for the week were Leonard Fournette, but I can’t trust that Jags offense in Denver. Also Zay Jones for the Bills, however John Brown seems to be eating into his targets.

As per usual, stake 3% of your starting bankroll onto each selection.
For those of you who prefer a points system, start with an initial betting bank of 100 points, and stake 3 points per selection.