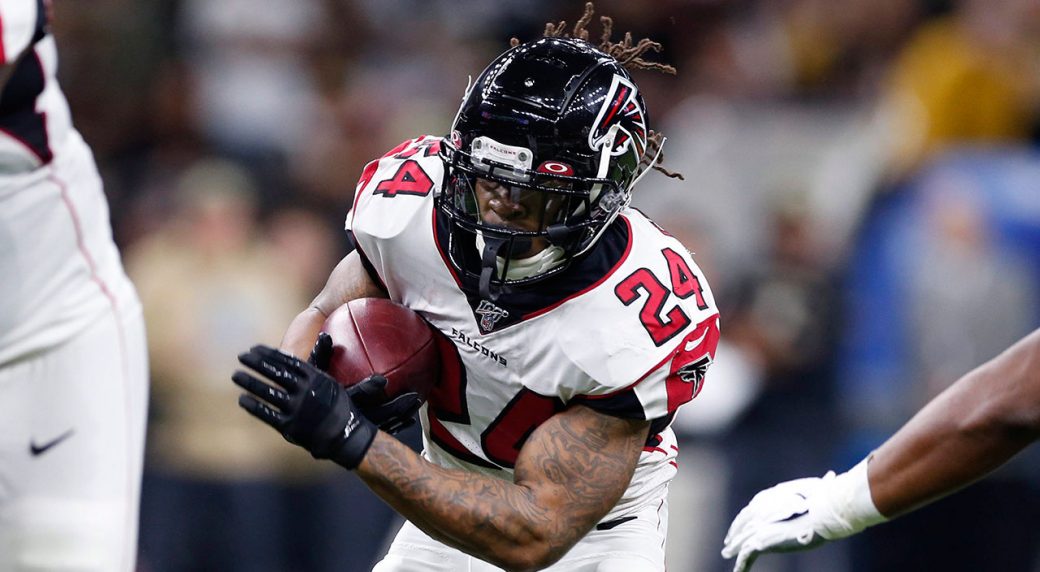 Game: Buffalo Bills @ Dallas Cowboys
Kick-Off: 21:30 GMT
Market: Anytime Touchdown Scorer
Selection: Dak Prescott
Best Odds: 4.1 with Bet Victor
Next Best: 4.00 with Several
Lowest Acceptable Odds: 3.75
Comment: “If Dak ever wanted to add some extra zero’s to that new contract it would be tonight, the whole world will be watching as the Cowboys need to put in an impressive performance, after not showing up against the Patriots. The Bills have one of the best defences in the NFL, so down in the red-zone it may be the feet, and not the arm of Prescott that has to make the difference.”

Game: New Orleans Saints @ Atlanta Falcons
Kick-Off: 21:30 GMT
Market: Anytime Touchdown Scorer
Selection: Alvin Kamara
Best Odds: 1.77 with Red Zone
Next Best: 1.73 with Sky Bet
Lowest Acceptable Odds: 1.61
Comment: “Kamara has taken a few weeks to get back to full health, and with the Saints starting left tackle and left guard set to miss tonight’s match-up, New Orleans may have to rely more in their running-game as Brees won’t be afforded as much time in the pocket.”

Game: New Orleans Saints @ Atlanta Falcons
Kick-Off: 01:20 GMT
Market: Anytime Touchdown Scorer
Selection: Calvin Ridley
Best Odds: 2.80 with Betfair
Next Best: 2.75 with Several
Lowest Acceptable Odds: 2.50
Comment: “Ridley is main beneficiary of the coverage that Julio Jones takes with him every snap, however, he has certainly done the most with it, scoring 16 times in his first 27 career games. The Saints have to travel on a short week, and having just played a tough divisional game against the Panthers. That is never a great recipe, so I expect the Falcons to keep this very competitive.”

Game: New Orleans Saints @ Atlanta Falcons
Kick-Off: 01:20 GMT
Market: Anytime Touchdown Scorer
Selection: Devonta Freeman
Best Odds: 2.80 with Betfair
Next Best: 2.75 with Will Hill
Lowest Acceptable Odds: 2.25
Comment: “According to reports coming out of Atlanta, Freeman looks to be healthy this week, and will resume his role as the every down back. As I said the Saints may be a little tired heading into this fixture, which could allow Freeman, who has a great track record against the Saints to get his season on track.”