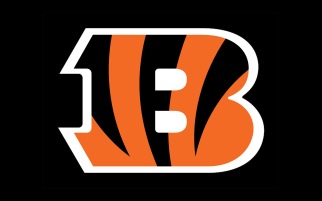 Are the Benagls slowly returning to the Bungals? Whilst on paper they have some nice pieces in place, something just seems a miss with Andy Dalton and the offence. Both he and AJ Green suffered injuries last season, and neither guy is getting any younger. Although Dalton should be able to rely on young running-back Joe Mixon, and an above average defence, it’s the offensive line that is a huge concern.

As for the touchdown value of the aforementioned Dalton, he hasn’t rushed for a touchdown since 2016, so baring a goal-line sneak he just isn’t worth backing at this point in his career.

Now back to Mixon, he has clearly supplanted Giovani Bernard as the workhorse running-back, and really showed his skills towards the end of the season. He scored 9 times in 14 starts last year, so I feel the bookies will under-value him, and you may see odds creeping up to 2/1, especially when they face any AFC North rivals.

One positive that came from the AJ Green injury last season, was the emergence of Tyler Boyd, who more than showed that he is capable of starting opposite AJ Green, and given his performances, he may in turn help Green to see less double teams. For me personally, Green has been an absolute superstar when it comes to the anytime touchdown scorer market. Over the past 2 seasons I have backed him 10 times at average odds of 2.51, with Green duly finding the end-zone on 6 occasions that has lead to a profit of over £500. Given his dominance over the past 8 years, this should mean that the likes of Boyd and John Ross could provide you with sneaky returns given the right situation.

The tight-end situation is a bit of a mess, they have re-signed Tyler Eifert, but the chances of him staying healthy are pretty slim, and with backup CJ Uzomah being exactly that, a backup, the door could open for this year’s 2nd round pick Drew Sample. The Washington Huskie was far from productive in college, but he may be worth just keeping an eye on as the season progresses.